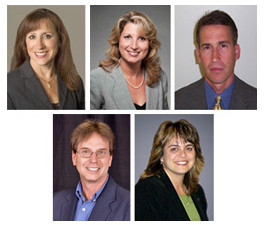 The New York Credit Union Foundation board of trustees appointed their officers during their June 19 meeting in Saratoga, New York. The meeting took place during the first day of the Credit Union Association of New York's 2014 Annual Meeting & Convention.

"The Foundation and all of those who benefit from the Foundation's work are privileged to have such dedicated and capable professionals leading our board of trustees," said Vice President Allison Barna. "I'm confident that the Foundation will continue to excel in fostering the financial independence of all New Yorkers under their leadership."

Forty-three Professional Development grants totaling $23,575 were awarded to employees and volunteers from 30 credit unions. The funds are used to help credit union professionals cover the costs of industry training sessions and education events.

"The Foundation is able to provide these important grants thanks to the enormous generosity of New York credit unions and individual supporters," said Foundation Vice President Allison Barna. "These grants allow credit unions to provide better service and better products that ultimately benefit the lives of their members."